"I'll pray about it"

I have a friend…who is very…full of life we’ll say! Her 2 oldest are twins, age 4…Next in line is a sweet little 2 year old with gobs of dark curly hair…then…there are her two twin younger sibs who are about 18 mos old…and no she is neither part rabbit, Catholic, or on fertility meds! She’s just full of life! :)

Now…I dunno if you can imagine what it’d be like to try to keep a house clean with 5 kids under 5 in a house constantly moving around messing things up. It is a never-ending battle!

Imagine, on top of that, moving into a new house (6 months ago) and trying to unpack and set up your house while taking care of your kids and cleaning up after them.

Now, having imagined that…now imagine that on top of all that…that you are 8 months pregnant…with gestational diabetes…bronchitis hits your house…the kids are barfing on things and laundry it piling to the ceiling…your self-employed husband finds the winter months beating him up with little to no work…and after a weekend in the hospital with the threat of premature labor your husband contracts pneumonia!!!

This friend of mine lives 2 1/2 hours away…and often I have wished she lived next door so I could DO something for her…but felt like I couldn’t!

So, one night, in a moment of weakness, she emails me and says, “My in-laws are coming on Friday to stay with us and I really want to have the guest suite and the house cleaned up and ready for them but I just can’t…would you come on Thursday and help?”

I read this email Wednesday morning. I could see that waiting in line to be read was another email from her. I thought, “It’s going to say nevermind I’m sorry for asking”. And, amazingly, even tho’ I don’t have psychic abilities…that’s what it said!

At this point I had options…and one of them would be to gather all my kids around and just pray for her! But, pray what?

The family was sick partly just because of stress. Can’t just pray for the sickness to go away when it’s a symptom of an overstressed life! Pray that she’d find peace? So, pray that despite the overwhelming amount of things she needed to do to care for her family that she’d just find “peace” about the disorder? What? Pray WHAT for her then? Pray that her house would “get cleaned”? Well, God does not normally do things “by magic” on a daily basis. When He intervenes and does something extraordinary it’s called a miracle, and housecleaning does not seem to be one of those miracles He does. What she needed was someone to pray…that someone would come and help her. And, maybe she already had a friend doing that…


James 2:20
But are you willing to recognize, you foolish fellow, that faith without works is useless?

And, it was just so stinkin’ fun! And, by the end of the day Thursday…her house was clean…neat…orderly…and she was ready for her house guests to come and she knew hat we and God loved her…


…faith, if it has no works, is dead, being by itself.

I think too often the church is full of people who are for one thing…too busy and for another thing are simply too afraid to step out “in faith” and DO things…and so we tell ourselves we’re really part of the game and we’re helping by “praying”…But, Jesus didn’t tell Peter to “pray that God will feed/tend/shepherd My sheep”…he told Peter to DO all those things…


…If a brother or sister is without clothing and in need of daily food, and one of you says to them, “Go in peace, be warmed and be filled,” and yet you do not give them what is necessary for their body, what use is that?

Faith (prayer) is critical yes, but, if that’s all you “do”…it’s useless…

We had life-or-death experience in Guatemala in reference to this…a man came to our gate desperate…he needed $ because he was out of it! His wife was sick, paralyzed from the waist down, and lying in bed waiting to die…they’d exhausted all their $ going to doctors and buying medicine and now…they had no food and she was just dying! My husband asked the man what his wife’s symptoms were and where they lived. He told me and I got out a book written by a missionary doctor that listed symptoms in an orderly way in which you would just follow the trail of “yes” or “no” to a possible diagnosis. According to her symptoms the trail led me to “Beri beri” disease which was simply a vitamin deficiency. So, we figured it had to either be something super simple or something super not simple, but we would try for the super simple first and see what happened. We went to visit her and we asked her what all she ate…looked around at their family’s resources and got an idea of what she probably did eat daily and mostly it was white rice…

The husband and wife lamented that the church had been coming every night to pray for them yet she was getting sicker and sicker!

2 weeks later there was a lady at our gate. It was her. She was well. She was walking. All she needed was food.

People from the church had come over every night and prayed for her. I can imagine the scene as the Guatemalan Christians will put on quite a loud show when they pray…shouting and crying and everyone praying at the same time…it can get quite…loud…BUT no one brought her any FOOD!

“Faith without works is dead…and sometimes therefore so are the people we pray for.” 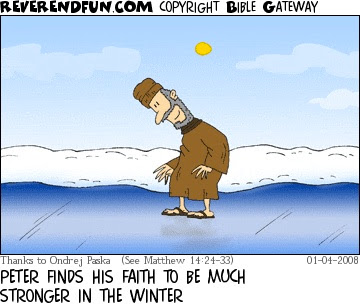