All Bible Versions the Same??

Misunderstanding God will lead us to break the 3rd commandment. And, misunderstanding God is what opened Pandora’s Box in Genesis 3. Eve got confused by some well placed lies and next thing you know she had a wrong view of God and was chowing down fruit. The church seems to believe this sin was a once and done deal long ago…but it happens today all the time.

One way it happens is caused by the Bible versions we choose to read.

Are all coffees the same? All cars? All shampoos?

For that matter…for those of you who love muscle cars…would you say that a new car is better because it’s “newer”? Is a 1980 Chevy more valuable, better, more beautiful, stronger, faster, etc…than a 1960 Chevy?

This is, of course, silly.

There, you can see that the simple addition of “a” and the change of “G” to “g” changes everything. Jesus is not “GOD” as we know He is…He is simply “a” god as they JW’s teach…they can prove it with their Bible…

Just look at this verse:

Jeremiah 29:11 in a version of the Bible translated from an older Greek translation:

For I know the thoughts that I think toward you, says the LORD, thoughts of peace, and not of evil, to give you an expected end.

Jeremiah 29:11 in a new version of the Bible transLITERated (meaning it’s not an actual translation the translators take liberties to write what they think the text means) from newer and less accurate Greek translation:

For I know the plans I have for you,” declares the LORD, “plans to prosper you and not to harm you, plans to give you hope and a future.

They mean two different things and the newer version would lean one to believe, “God is in control…” and “God has a plan…”

Psalm 139:16 Your eyes did see my substance, yet being unperfect; and in your book all my members were written, which in continuance were fashioned, when as yet there was none of them.

Psalm 139:16 Your eyes saw my unformed body; all the days ordained for me were written in your book before one of them came to be.

Can you guess which of those verses is from a new modern version of the Bible? One stays in the context of the whole psalm which is how we’re formed in the womb. The other, says, “God has your whole life planned for you” and “God is in control!”

One is reality and one…because of the jots and tittles which were changed…takes the Lord’s NAME (WHO He is) in a worthless way! 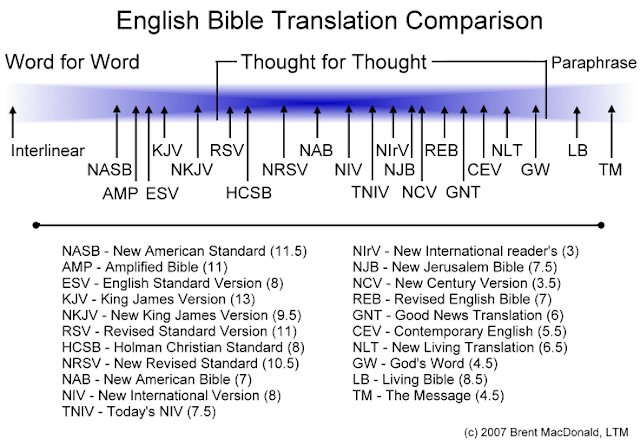 Some examples of the differences... 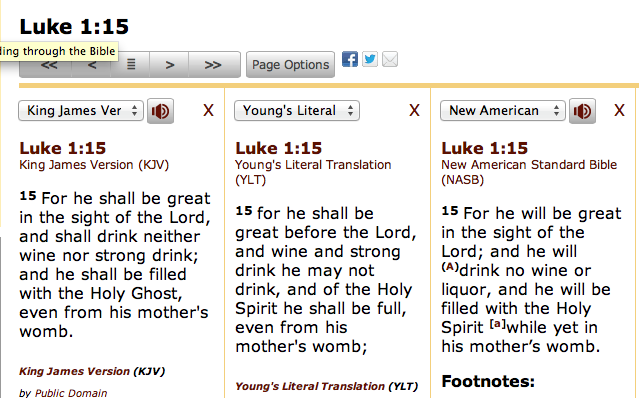