How not to introduce Christ!

What really gets me is that all of this stuff is just so stinkin’ obvious! Why! Why did I not notice this before!? All of us have fallen prey to the urge to introduce our single friends to people we feel would make them a good mate. We all get that “matchmaking” urge and some of us have even been “matchmade”! And, some maybe wish that someone WOULD introduce them to someone we could fall in love with. So, we all have had some kind of experience with this “concept”!

God is love and loves us and desires to live with us in heaven for all eternity.


Jesus came to save us from our sins…so that we an be reconciled with God.

“He has given us the ministry of reconciliation”…2 Cor. something…(God wants to get back together with us!)

THAT MEANS that God wants us to “matchmake." He wants to be introduced to the world so that He can enter into the most intimate of all relationships in the universe a human can enter into with Him!

Imagine you’re single…and “A prince” is attempting to “hook up” with you…because he wants you for his bride…he wants to enter into the most intimate of all relationships with you and live with you forever!

So…do YOU want to hook up with Bob? Do you want to read Steve’s book? Do you believe such a weird man as Bob could really even be real???

Really, church! You could argue some of my points but, come on. We tell people “The Good News” that Jesus loves them by telling them that they’ve offended God since birth just by the fact that they are born human…that the way they are now, how they live, the music they’ve grown up with, their friends, their political beliefs, their EVERYTHING offends Him and that He can’t even look at them ’cause He can’t look upon sin…and that if they don’t apologize for all this that He will destroy them forever in torment in Hell!!! That’s what we tell the world no matter how “softly”or “wisely” we try to put it THAT is how we introduce the most awesome loving beautiful Being in the world to people!!?

This isn't even the way we introduce our friends to imperfect people they’d want to enter into a marriage relationship with...

Do we have a single friend and find a single possible mate and go up to them and tell them all the person’s worst qualities? Do we look at a potential mate and think, “Oh, well, she’d be great if only she weren’t like this or like that”…and then open the introduction with telling that person that if they changed “this or that” that your friend would be interested in them???

So then, how do we introduce people to God actually?

Do these “harder” aspects of the relationship have any place ever? Of course they do! I’m sure some of you more “religious” people would think I’ve gone off to “Light and Fluffy-ville” or something, but, come on! Romans 1 says the truth is evident everywhere! The way we’ve been created tells us the truth! And, you would NEVER introduce two HUMANS the way we introduce Jesus to people!

You know, you didn’t ask your current mate to wipe your bottom on your first date, did you? (That’d be an interesting story if you did!) Someday that may be part of your relationship and it won’t send them running in fear because you will have built up to that. After the introduction in a relationship, the entire relationship is about learning about the other person…what they like and what they don’t like, and if you LOVE them you will be making adaptations the rest of your life OUT OF LOVE for them…not out of fear…The hard truths about the relationship need to come after a relationship is there. After there is some love.

Getting straight to the hard serious stuff or getting too intimate on the 1st date...is sometimes called rape and is unwelcome and not enjoyed by most women and therefore is unlawful in most countries.

Church think about HOW you would LITERALLY introduce a man you highly esteem to a woman you’d like to see take interest in him…just think about how you’d do that…Or, think about how YOU would want to be introduced if you were seeking a mate…and start introducing Christ to people THAT WAY… 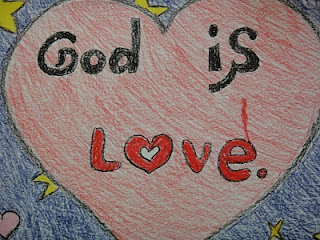