I think for the most part, Christians believe that the Pharisees missed the boat. Right? They had God right there with them and they missed Him. Not only missed Him they hated Him and killed Him!!! They see the ways of the Pharisees as superficial and short-sighted because they believed that they could "do" things to get them a relationship with God.

Over and over you see it on comment threads about "religion"...Christians defending Christianity as a relationship...not a "religion" (set of rules). But, at the same time, although most Christians would believe that being a Pharisee is not the way to righteousness...for some reason, the tendency is to parent like one.

How do I mean?


There are a lot of different parenting books out there by lotsa' different people...but there are really only two (in my view) basic philosophies (with lots of different ways to act them out).

One philosophy of parenting is about controlling kids. Controlling, scheduling, structuring, laying down the law, punishing and being "in charge" of your kids.

And, the other philosophy of parenting is more about "knowing" kids. It's about interacting, experiencing, responding, guiding, and enjoying kids.

The first philosophy of parenting could be called, "Law Based".

The second philosophy could be called, "Grace Based".

Well...there's the trusty stand-by, "You'll know them by their fruits". Let's see some fruits of the two philosophies...
James 2:10
For whoever keeps the whole law and yet stumbles in one point, he has become guilty of all.

This is why if you're going to run a law-based household, you'd better not make a mistake. You'd better be 100% consistent or else...

Kids notice all this kind of stuff and it's called hypocrisy and it makes them mad. And, if you've raised them in a law-based household...they expect that when someone does wrong they should be punished...and they don't see you being punished. It's all hypocritical and all unfair. And, if they're not allowed to tell us how they're feeling, if they're not free to express this then...to vent their anger...they listen to angry music. They play violent video games. And, when they start to "act out" in real life to vent  their anger and frustration…we call it "teenage rebellion." And, in response to them reacting to our law-based parenting and hypocrisy in this way...we…amplify that which pushed them to be so angry in the 1st place and we give them more rules, more law, more disapproval, and we punish them more. We attempt to cage them. And, all it does is make them angrier and want to get as far away from us as possible.

Law-based parenting is so common we have come to mistake it's fruit (rebellious unhappy teens) for being "normal".

Galatians 5:4
You have been severed from Christ, you who are seeking to be justified by law; you have fallen from grace.

Modern Christian parents need to comprehend what it means that we are no longer under the law of Moses. The movement out there which is against "spanking" and what you see as "permissiveness" is no more permissive than God dying for your sins. It's grace-based parenting and the fruit of that is not rebellious teens. But, law-based parents see this grace the same way the Pharisees saw Jesus! "Of the devil!!!"

The Pharisees hated Jesus and Christians. They loved the law. They loved the rules and how "righteous" it made them appear and feel. You can parent like a Pharisee if you want but it won't raise up godly kids any more than the blood of bulls and sheep could take away the sin of Israel. It was for freedom that Christ set us free. If you choose to run a grace-based household rather than a law-based one, you will see that where the Spirit of the Lord is there is liberty. Not liberty TO sin (as law-based parents believe) but freedom from sin. And, he who the Lord has set free shall be free indeed!

So, I guess ya have to ask yourself...in your relationship with your own kids, what is your focus? Do you believe that your kids will grow up godly if they are obedient to your rules their whole childhood lives? Or, is your main focus in every aspect of your parenting the relationship? Do you parent how you preach that Christianity is not a religion (set of rules) but that it's a relationship? If you parent like a Pharisee but preach like a Christian...are you like the man who looks at his natural face in the mirror but when he walks away immediately forgets what he looks like? (James)

I'd say it's at least something worth thinking about... 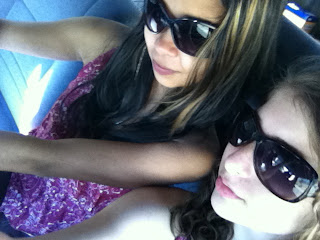