What you teach your kids when you're not trying to

One of the things I think I've learned over the years is that kids are little parrots...mimics. They pick everything up from us like how to speak. They hear/see us do something so they practice it. You don't literally sit and "teach" your kids every word of the English language, they just "pick it up" from you.

Recently, my mother, who I think is rather attractive for her age, was looking at a picture just taken of her and my son. She said something that blew my mind...

"I'm so ugly! I don't know how anyone can stand to be in the same room with me!"

I was floored. I'd never ever heard her say that...ever! Yet...I've said that hundreds of times in my life. Said that exact thing! How was that possible? Even my son looked at me right away with that look in his eye like, "Wow! Where have I heard that one before?!"

So, how did I pick that up from her? Not by direct teaching but by how she's thought of herself has determined how she's treated herself her whole life...and in front of me. If 80% of communication is body language then she's been telling me somehow that she feels that way about herself.

One thing I've caught on to recently, that proves this point to me, is that if I want my kids to say, "Please!" and "Thank you!" I need to do it. I need them to see me doing it and they will imitate me. So, when we go get the free cookie at Target's bakery each time we go there...I do not say to my kids, "Now, say 'thank you' to the lady,"...*I* say, "Thank you!" and sure enough, the kids follow. (It's actually a good way to do that because then the kids feel like they did it on their own and it shows them that their mom is polite and it shows me they wanna be like me! Win win!)

But this also works in the negative. Probably just the same way, when my mom had thoughts about herself that, "I'm so ugly! I don't know how anyone can stand to be in the same room with me!" somehow, I took that in as how to think about myself.

It's funny how a bunch of things that all connect will happen around the same time because then recently I had a conversation with my eldest daughter in which she expressed that sometimes she feels like a worthless piece of crap.

So, where did she pick that up from, I wonder?

Not too many days before she said this I'd found a folder in the bottom of a container that has stuff I wrote in high school and thereabouts. I found this, on a piece of notepaper with the heading, "POTENTIAL F-UPS FOR TODAY". It looks as though it was written probably around 1989/1990 (when I was 20 or 21)...(and weighed probably 120 pounds soaking wet...)

STUFF I DON’T LIKE:
I’m overweight, flabby, can’t grow my hair, have little tits, 1/2 way ok at anything, really good at nothing, I talk too much, I’m indecisive, I’m moody, bitchy, mean, selfish, untrustworthy, emotionally unstable, weak, can’t take care of myself, I have no motivation, can’t keep interest in things, untrusting, paranoid, pessimistic, uneducated, boring, strange, unlikable, unfriendly, I gave up my kid, give up on things too easily, am stressful to be around, too critical, jealous, hypocritical, self pitying, still alive, can almost draw but not quite, impatient, ununderstanding, pushy, dumb, undeserving, childish, I’m a bum, I have no ambition for money so I’m a burden to the world I live in…
I don’t like me

This is why "self" esteem really is so important and why thinking of yourself horribly, no matter if you do so vocally or not, matters and can scar your children. This is how I felt about myself as I began my parenting journey, and no matter how much I'd focus on the child's welfare, she was seeing everything I did to and for me. And, she learned...

Take some time to appreciate yourself. Make a list of reasonable things you don't like about yourself and look at those things. Are those things you can change? Are they true or not true? And, do those things have a positive angle you could try to emphasize?

Work thru your own issues, for your children's sakes, and your whole family will be happier and healthier. 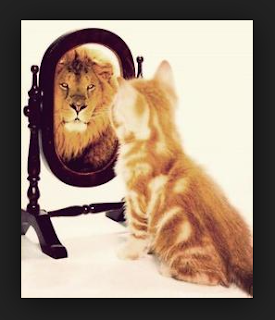