There is a scene where there is a Nazi casually randomly shooting people who he can see from his balcony. The others who are nearby MUST NOT REACT. They see...but they dare not react at all but keep on going as tho' everything is normal...lest they too become a target. 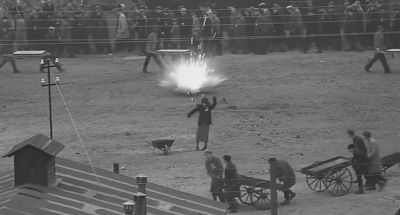 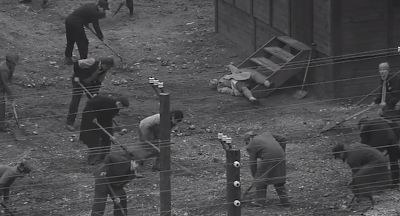 I've been thinking about something lately, and feel like that's the world we live in spiritually/emotionally in the USA in 2013.

This past year I've been listening to books written in the 1800's. As I've listened to Frankenstein, Dracula, Jane Eyre, Pride and Prejudice, and Sense and Sensibility I've noticed one common thing about them all: when people feel upset or sad they're considered not well. Ill. (And, ill when the I is capitalized looks like 3 l's. haha) ANYWAY...in the 1800's...when people in those books are either feeling a little "under the weather" or feeling emotionally upset...they're expected to rest and to excuse themselves from all activities to recuperate. They're expected to react.

Last week a relative of mine (distant by marriage) chose to end his own life with a gun on a Monday. I heard about it thru another distant relative...and I imagined that those closest to him were forced to "not react...but keep on going as tho' everything is normal..." and go to work on Tuesday...and Wednesday...and to then attend Thanksgiving festivities wherever they were scheduled to, etc...

This is the world we live in, isn't it? You get a call, "Your cousin's shot himself and is dead..." and you can't just call in sick to work the next day and say you're not well enough to work.

You can't call in sick and say, "I caught my boyfriend cheating on me..." or, "My father was just diagnosed with cancer" and have your boss say, "Oh dear! You need to rest!" and excuse you from work...or school.

These days...you have to be almost dying for your boss to excuse you from coming to work, and behaving normally and pleasantly while you're there...

In today's world...the day after receiving news that your loved one has ended their own life...or anything truly disturbing...we're all expected to continue working...to smile...and "leave our problems and personal lives at home."

But, our whole life is our personal life...including who we are at work and school. It's all us. We can't separate them and be healthy.

And, because we're expected to leave our own true hearts at home...we expect others to do the same. And, so another thing I think this does is...when we encounter someone who is unpleasant in public, we don't even know how to react to them. We automatically get mad at them and "reject" them rather than perhaps seeing that that person might be going thru something difficult and might be unable to hide it...because we live in a world that expects that all those things get left at home...so if someone's not acting right in public they just must be a "jerk" or a "b-word" or something...

We've created a world full of fakes...and many "Christian" child-rearing books actually even teach you to do this! Authors like Michael Pearl (author of "To Train up a Child) will have you training your children to "put on a cheerful face at all times"...as tho' the God who gave us our emotions doesn't want us to express them? As though God...wants all of us to be fake? As though God doesn't see our hearts and knows what's in there...but just wants us to pretend to be cheerful in all things?!

"...for God sees not as man sees, for man looks at the outward appearance, but the Lord looks at the heart.”
1 Samuel 16:7

Our world has raised up generations upon generations of kids being controlled and mistreated by parents who hug them after they hurt them and expect those children to hug them back and put on a cheerful face even while their buttocks is stinging and tears still line their cheeks.

Fakes. We've a culture of children raised to be fakes who don't wanna be fake but have never been allowed to (and therefore never taught) to be real. Fakes who have had this way of life so thoroughly engrained in them that they don't even realize they're being fake...or how bad it is for them...for all their relationships...and how much it affects their physical health...

Fakes...who when sometimes the real them actually breaks thru and doesn't look so nice...get called, "rebellious teens."

Fakes who are quite real inside but hide it...and despite seeing one of their loved ones "shot down" by the world...will just keep plugging along and tell themselves they're "being strong."

It's just a sad world where we have an enemy loose who is here to steal, kill, and destroy...and we've trained our children (and therefore our whole society) to not react to it... 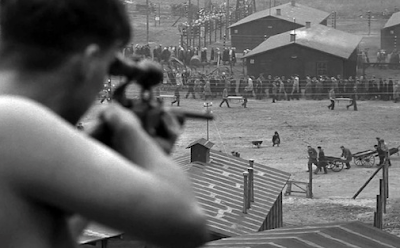