So, if you have plastic plates from Target (like I do) and you also have your grandmother's fine China...do you care for those differently? 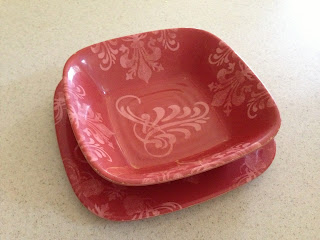 You realize you treat the two completely differently. One you don't guard. You don't display. You don't treasure, show off, or pamper.

Why do you toss the plastic ones into the dishwasher, pile all together without concern, use every day and just basically not worry about? Because...for one thing it's cheap. But, really...it's because it's tough. It's strong, tough, and you're not going to hurt it. And, even if you do manage to damage it, it's replaceable. 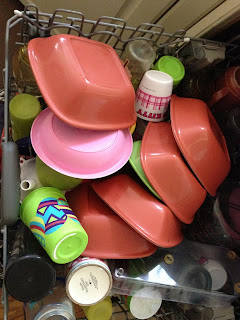 The China, on the other hand, is delicate. It's weak. You don't handle it roughly, but with reverence and care. You wash and dry the plates by hand and stack them carefully. You then put them into a piece of furniture specifically designed for showing them off.

What if you were to treat the China like any other plastic plate from Target? That would actually be an insult to Grandma's China, wouldn't it? And, it would show a lack of something worth respecting in the mis-handler...not in the China.

Human females...are the only female moral creatures spoken of in the Bible. Did you know that? God and all of the other moral creatures like the angels and the beings spoken of in Revelation are all referred to with masculine pronouns. In the moral realm...so far as we know...we women stand alone...

Human females are also God's final creation. And, Adam was given a special lesson to prepare him for the woman's arrival. She also, was not spoken into existence (like the earth, sky, and animals) and she was not formed out of the earth (dirt). Eve was the only thing made of a living creature. Part of the man God created in His image and breathed His breath of life into...became the woman.

And, we put China in a China cabinet and display its beauty for all to see?! 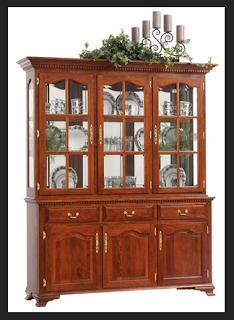 God so very clearly made women special. He made us almost as the crown of Creation. The beautiful icing on the cake. And, we are the beings from whom all new life (that Jesus died for) enters the earth.


Genesis 3:20
And Adam called his wife’s name Eve, because she was the mother of all the living.

And, women actually get offended by this verse...

1 Peter 3:7
Husbands, likewise, dwell with them with understanding, giving honor to the wife, as to the weaker vessel

Seriously, ladies. Where do you think this offense comes from? Reality? The God who made you more precious than fine China? Or from somewhere else?

John 10:10
The thief does not come except to steal, and to kill, and to destroy.

It seems in many ways like we really have not ever learned the lesson from our foremother...

Genesis 3:13
And the Lord God said to the woman, “What is this you have done?” The woman said, “The serpent deceived me, and I ate.”

Women need to stop eating from the hand of the deceiver and realize how precious, set apart, and valuable we are...not by acting like men and doing stuff men do...not by being "strong independent women" who are tough like plastic plates from Target...but as women...the beautiful crown of Creation thru whom God brings life to the world...

The hand that rocks the cradle rules the world. We have an enemy who knows that...it's time we know it, too.