Did you ever play that as a kid? I did. I had 2 friends who lived on my block and that was probably our most common thing to say after, "Hi." We pretended we had pet deer that lived under my porch. Can't remember much beyond that (as far as plot!) but I do remember we always, "played pretend."

A few days ago I had an experience that made me feel really icky while it was happening. My 7 and 4 year olds were playing with some 5 year old neighbors while the mom visited with me. One of the neighbor girls came running in almost crying and said, "Mom! Elisa is telling me that Santa Claus and the Easter Bunny don't exist!"

Ugh oh. Instantly I thought, "Hmmm...we have always told the kids that those things aren't real, but, I guess I never told them to keep that a secret!"

Back when this first became an issue in my life my husband at that time (who is now dead) was against it. He had a bad experience with it because he remembered feeling like a total fool when he found out and he never wanted to do that to his own kids. So, we just never started it and have never done it.

A few minutes later then the other kid comes running in and says, "Mom!!! Tori says that Santa Claus and the Easter Bunny and the Sandman and the Tooth Fairy aren't real!!!!" 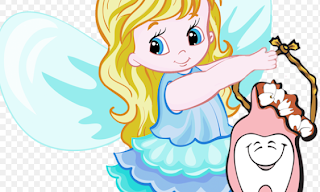 She was a little more upset than the other girl was and so this time I called for Tori to come over and sit on my lap. As she approached me she said, "She thinks Santa Claus and the Easter Bunny and the Tooth Fairy are real!!!" I sat her on my lap and cupped my hand around her ear and said to her, "Tori. They believe that all those things are real because their mom and dad tell them that they are."

That felt a little icky.

Tori turns to me with a puzzled look on her face and says, "But? They're fake!"

I could feel her confusion at my behavior. My behavior that was going completely opposite of my normal character...

While the mom sat by me and comforted and reassured her daughters that those things really are real I proceeded to tell Tori to not tell her friends that they are not real anymore...and I started to feel that same icky feeling you get any time you're doing something wrong....and I wondered even as I was still speaking if the 50 year old me would look back on this moment and see so clearly how wrong I was to be saying the words I was saying to her, "Tori, don't tell them that they're fake anymore, OK?"

The conversation that had just happened is not uncommon in our country, is it? Most people tell their kids that all those things are real until those kids have enough cognitive abilities to figure out, "duh" on their own.

Why did I feel icky? Is it because I'm that legalistic and that stuck in my ways? No. We feel icky when we do what's wrong because God designed our bodies to tell us the truth.

The reason I felt icky was because basically I was telling Tori that lying is OK if it is for fun. 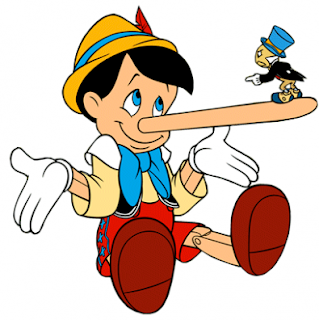 Really, it is quite cool she did that and she should have been commended but...she was taken aside by her role model who has taught her the truth and to speak the truth and told, "Let's help that other mother lie to those girls and let's let those girls believe a lie. OK?"

I felt like I was confusing my daughter and marring my own reputation with her by this whole situation.

Because this is SO common in our culture, people don't accept or like to even think that there can be anything WRONG with it. But, just because something's common doesn't mean it's normal or good. And, just because kids are told something that's not real is real for fun...doesn't make it not a lie, does it?

If you're a non-Christian you can go ahead and skip to the very end from here...but for the Christian...

Jesus is the way and the truth and the life...

Someone else...is a liar and the father of lies, right?...

Maybe you never really thought about it before. It's tradition. It's habit. It's our culture. It's just what you've always done and you really think it's OK because you're only lying for fun. I understand that. It's fun to see the kids so excited about Santa or whatever, I know. But, in everything we do with our children we are teaching them about life and how to live it. And, no matter why we do this...no matter how innocent our motives are...what we really are communicating with our actions is that...lying for fun is OK.

And, really...when do we lie for any other reason? Do you ever lie to get yourself into trouble, cost you money, or make you have pain? No! Lying is always for some sort of "pleasure." So, no matter how much this is just a "tradition" for us...if we're lying, we're lying and why is lying about Santa...on Jesus' birthday...any different?

I use "Biblegateway.com" to copy/paste Bible verses when I type here and I encourage you just to go over there and type in the key word "lie" or "liar" or type in "lie truth" in the keyword search and see what verses come up about lying. Lying...is only one thing: bad!

I believe I felt icky the other day encouraging my future adult who I sure hope seeks and stands up for truth...to let her friends believe a lie...I believe, because it was wrong of me to do so.

"Aw, c'mon! It's all in fun! What's the harm in it? You're overreacting! You're taking this too seriously!!!!"

I fear as I consider posting this that that's how it'll be received. People will find this annoying and judgmental. But, it's something that always gets me every time this topic comes up and I can't let it just go after what happened with my little one!

If you are not a Christian and don't buy into the whole "religious" argument against it...why would you want to be basically training your children up and teaching them and sometimes lies are OK if they're for having fun?

Going to parties your parents don't want you to go to is fun. So, will it be OK for your kids to lie to you about that someday? Don't kid yourself that those associations don't get made, because they do... 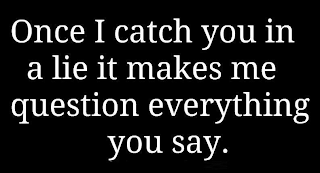 And, why would you want your child to look like a fool? We knew a kid once who was in the double digits for age and argued and swore up and down that she KNEW that Santa (etc) were real because her parents told her so! I often wondered how that child felt after having argued so vehemently once she found out she'd been lied to?

I was at Home Depot one day for that Saturday morning craft thing and I saw a boy who looked to be about 10 - 12 yrs old holding an iPad with a really cool case on it.

That just totally made my "surge protector" flip its switch. I couldn't make sense of what he'd said!

I blinked and said, "What?"

He repeated, "Santa. I got it from Santa."

Then, I got it. I looked at this 5 foot tall kid standing there with a $300 "toy" that he got "from Santa" and I waited for his eyes to twinkle with "just kidding about the Santa part I mean I got it for Christmas ask my dad where he got the case..." but he looked almost as confused at me as I was looking at him. I looked at his dad standing next to him and waited also for some glimmer of "sense" in this situation but the dad just stood frozen like, "Don't tell him!"

Inside I wanted to say, "Dad! Are you kidding me? Your kid is old enough to do algebra and probably is growing hairs in his armpits, what the heck are you telling him Santa is real for?!"

The short moral to this long ranting story is...

None of my kids believe or have believed in Santa or the Easter Bunny or any of that, but they do not have any less fun with those holidays than anyone else. No! And, in fact! Some of them when they were younger actually would choose to "pretend" that Santa was coming. They would talk about Santa and I'd say, "But you know he's not real!" and they'd tell me they were pretending.

You can have just as much fun doing with kids what they love to do anyway: pretend!!

Then, they can know they can ALWAYS trust you. 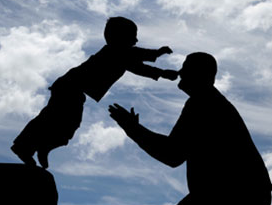 Then, the fun doesn't even have to be over when they're able to use their brains and figure out "the truth" for themselves. Who doesn't love pretending? You could even pretend that Santa's coming till your kids are grown and the whole family could have fun with it...without ever having to admit to your kids that you'd been lying to them for years!

After that experience with my daughter...I'm not going to tell my kids to keep their mouths shut about stuff like this anymore. I'm not going to tell my kids to help other parents lie...because I don't think I would be able to keep going in life if I ever caught God in even a little white lie. It would make me question everything He said...and without faith...we got nuttin'!

If anyone posts this on facebook who happens to be my friend...please do not tag my name with it!!! I don't want anyone offended by me but I had to vent this!!!!