Recently a few blogs I've run across have discussed gender roles...and really what they're talking about is boundaries and definition. I get it from all the reading that it's the common belief in the developed world that these gender roles are to be done away with. They're old school. They're oppressive and disrespectful and debilitating.

But, it seems to me that...everything in life needs boundaries and definition. Without it...a river becomes a swamp, right? When there is a boundary...a swamp becomes a flowing river which can power a city.

Or, imagine...you feel oppressed and ruled-over by the lines in the pavement which tell you where and which direction you may park your car. So, you get the shopping center to remove those lines. Now, you pull into a parking lot freeeee of oppressive lines! Hallelujah! Now you are free to choose to park your car anywhere!

Yeah. How would that work? And, how safe would you feel driving through or parking in that parking lot?

If I had time to think about it right now...which lately I don't have time to do much thinking...I could list for you a buncha' things which benefit from boundaries and how taking away the boundaries makes things uncertain and ultimately unsafe. I feel like far from "women's liberation"...really...all we've done to men and women in the developed world is we've removed the boundaries...

And, now maybe you at first imagine that well maybe a parking lot sans lines would be kinda' fun. You picture people parking in interesting patterns and think, "yeah, that could work." But, if you could see and experience the reality of it...once there were about 100 cars strewn erratically in the parking lot it's then that you would see the "fruit" of this idea. Far from Utopia there would be confusion, fighting, accidents, and a inefficient use of space in the parking lot so much so that if it got "full" it would end up leaving many people out...and when it wasn't full the messiness of it might turn many away...

Like...we all know how fruit works, right? If you eat like a pig the "fruit" is negative and you get an unhealthy flabby unsightly body. If you work out and jog and eat well the "fruit" is positive and you get a healthy body with an attractive appearance. Right? We get the whole fruits thing. You reap what you sow. What comes around goes around. Karma. Got it.

So, here we are 100 years into the future from the time women have been "liberated" right. So, what's the fruit? How does our world look now that we've been working so hard at removing the boundaries of those gender roles?

Women now are now free to choose to go to work. Oh, but are they? No. Let me rephrase that to make that more truthful. Having daughters and being female myself, the truth in 2012 is women are now expected to go to work. So, being freed from the demeaning role of wife/house maker...now we get to go to work like men do! This sometimes deprives women of children entirely (by choice). If they choose to have children it often limits the amount of them. And, always it takes women away from the home and children 8-10 hours a day.

And, what about women's health? Did you know that the more cumulative months of nursing you have the more your chance of breast cancer decreases? Nursing babies makes women's bodies healthy. Nursing babies can ward of depression and anxiety in women. But, now moms find terms like "stay at home" mom to be shameful and something we have to explain and justify and so we rush off back to work asap...(so we can be equal to men who really feel no biological need to be near the babies like we do which actually makes us UNequal because men are doing what's natural for them (by leaving) and we're doing what's unnatural for us)...and so we put our amazing life-giving lactating breasts back into push-up bras so they look nice for the world...we feed our babies bottles...we do not get enough sleep...we're stressed out, tired, and always in fear of breast cancer. There's the fruit.

And, what about men? Men, used to be needed. Women needed their men at one point to go out and hunt and drag home something to eat...they later needed their men to farm the land and bring in the crops...we later needed our men to go to work and "bring home the bacon". Men had a family to support. They were needed for the survival of their families. Now, who needs men? Sometimes their bacon is insignificant compared to the women's bacon. Their wife makes babies, cares for the house, AND brings home the bacon...so what good is he? And, what's the fruit? How happy and healthy are men in the west these days?

I don't need to research it or post specific references here...we all live in it. We all see it. We all know that most of the world is on anti-depressants these days. Men and women. We all know people aren't happy and that their marriages are failing. Just browse the reality TV program selection these days. Shows about OCD, hoarding, animal abuse, bi-polar disorder, anger issues, drugs...I mean...you name it and there's a show for it. Our culture is not doing well.

That's the fruit of our current gender-confused culture.

Some, I notice, try to blame all of the problems we have on "genes"...but even if it were our genes...what in the heck has happened in the last 100 years to cause such a disturbance in the gene pool? One could wonder...why are those waters so...muddy?

Jesus said you'll know stuff by its fruit. Christian ladies...think about what you've bought into in your thinking about your role as wife and mother...

Think about it...so many studies have been done which have shown that even short separations from mom have negative effects on the baby. Taking a newborn away from her mother for even just a few hours you can start to see negative things happening to the baby's body. But, what about dad? Do babies suffer from being separated all day from dad? Sorry, guys, but if it's not a permanent (divorce) type separation the answer is no.

And, women...you separate us from our babies and we have a negative physical response. But, dads can go back to work the next day and smile and stand around handing out cigars, right?

Our female baby-making lactating bodies are almost magic we're so amazing...and what we do with our bodies matters SO MUCH to the next generation...just our presence can direct our children toward being a peaceful, well-adapted, socially competent, confident, content, and loving person in the future. And, what are the ripple effects of that kind of person? That's power. Imagine all the women of the earth kicking back...relaxing at home instead of running the rat race...and exercising that power (that men don't have and could never have) to bring peace on earth...


(It is interesting to note that women CAN do whatever men do...but they can't do what we do...yes...girls rule and boys drool.) :) 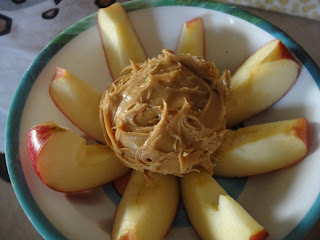