So, I saw this meme and it got me thinking... 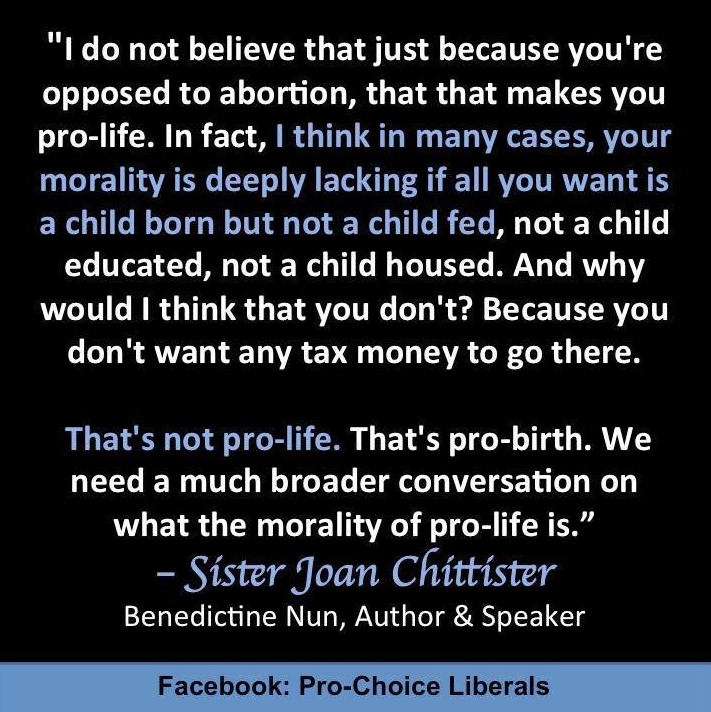 While I get where this person is coming from but...let's look at some stats gleaned from Googling "Breast Cancer Statistics" and clicking on a breast cancer website...

- breast cancer is a leading cause of death in women

- chance of getting breast cancer is 1 in 8

- "not breast feeding" makes you more susceptible to breast cancer

- "The risk of breast cancer also goes down as the number of full-term pregnancies goes up."

- "Each year, nearly 1.2 million American women have an abortion to end a pregnancy."
- "induced abortions" makes you more susceptible to breast cancer

I don't have "stats" for this off the internet but life experience has shown me that women generally choose abortion for their babies because they're not "ready" to have a baby which means...they don't have what they need to make caring for a live baby possible. They don't have abortions because they want to...but because they feel like they have to.

(As in they feel like they have no choice. Ironic.)

Totally generally/stereotypically speaking, also...I've noticed in life that those who are pro-choice (legalized-abortion) are also pro-welfare (caring for the poor) and pro-government-healthcare...and consider themselves to be pro-women...

(and fyi I'm not saying those people are bad! But, it is "those types" of people who create and like memes like the one above.)

Why...given all the facts above about the risks of women dying of breast cancer...when a woman is faced with a pregnancy in her youth (which according to the stats is protection against breast cancer)...why aren't the pro-women/welfare/healthcare-ers all over these women encouraging them for their health to keep those babies...and then stay home and nurse those babies?

Why aren't they doing whatever they can...to get the gov't and the communities we all live in to do whatever they can to make it possible for these women to not have to give in to the desperation of "having" to get an abortion and put their futures at risk??

The above meme accuses "Republicans" of not wanting to spend the $ to support these women but...what are the "Democrats" doing...to support these desperate women so that they don't "have not other choice" but to choose to put themselves at risk for being the one of the 1 in 8 dying young of breast cancer?

Feeling like you "have no choice" but to abort...is hardly a choice. And, no one who believes themselves to be pro-"choice" should be in favor of anyone having an abortion because they felt it was the "only choice." You must have at least 2 options in order for something to be a choice...

Could it be that both Democrats and Republicans are actually...having the same reaction to these mother's plights but using different terminology so that they can feel superior to the other side?

I think that both Democrats and Republicans have the same number of mothers in their communities and neighborhoods who are desperate enough to have an abortion. And, so if according to the above meme those who proclaim to be pro-life are really just pro-birth because they do nothing to promote the lives of the beings in question...then what are either of the two sides doing to help these women that will actually make that side truly pro-life?

Look all across the US at pregnancy centers/clinics which serve women who are in this desperate situation. What do you see? And, what stereotypical types of people do you find working in, volunteering for, and supporting financially those clinics? That would tell you something...

My experience says that there are two different types of clinics in the USA that have open doors for mothers in crisis pregnancies...

Both offer a desperate mother help in their situation. How do those clinics differ and how?

One offers to help in your desperate situation by...enabling you to get that baby out of your body and dispose of it before that baby is able to become a financial burden...putting you at higher risk of breast cancer in the future...as the solution to your problem and is staffed by paid pro-choicers and Democrats (stereotypically).

One offers to help you in your desperate situation by... helping you find ways to be able to keep that baby inside your body until it comes out naturally by helping you find resources to be able to get help with food, clothing, and a place to live with that baby...reducing your risk of dying of breast cancer someday...as the solution to your problem and is staffed by volunteers who are stereotypically Republicans and Christians. 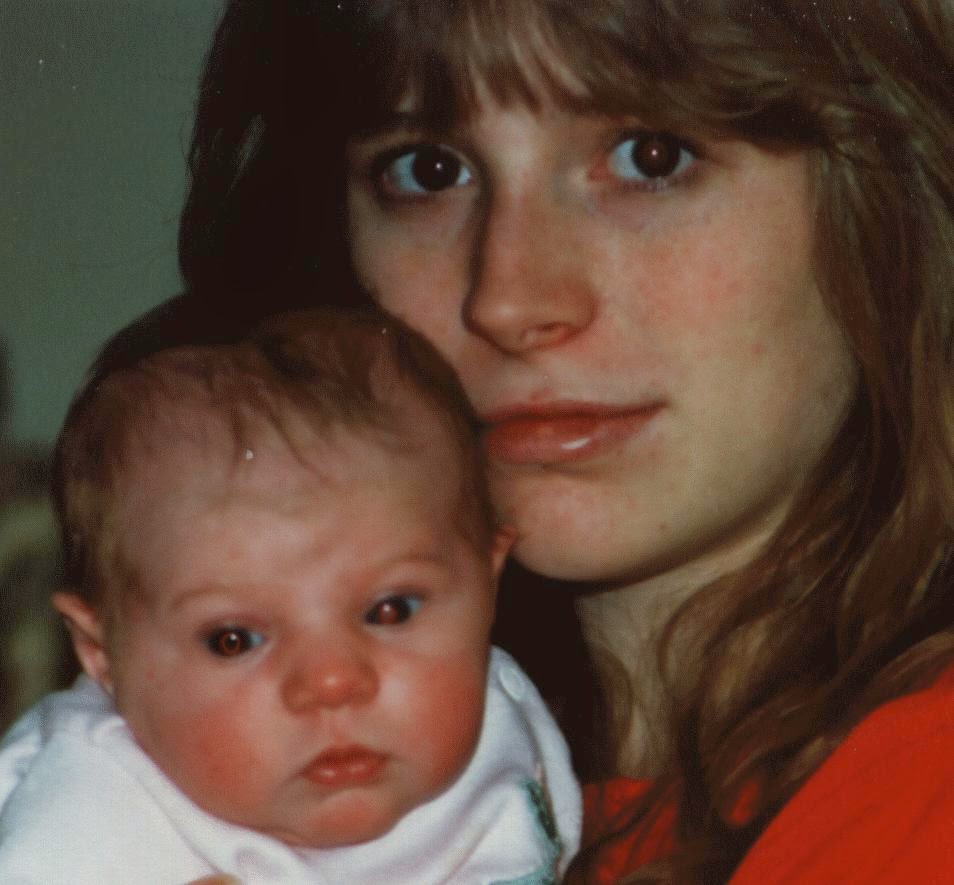 I was once 17 and pregnant and desperate. I'd been college-prep my whole school career and was told that if I didn't abort I was out on my own...bye-bye college. Lots of pro-choice people advised me in what to do. 100% of them told me to, "Just get rid of it." Not one...offered to help me make any other choice than that.

At the abortion clinic...they told me how simple and easy it was to just remove the tissue with their little pinky-sized cannula. (They never told me what "it" was...and Google wasn't around yet for me to find out on my own.)

Two weeks later when I'd chosen to lose my future instead of depriving my baby of hers...the doctor at my 1st prenatal visit told me that the "tissue" that would have been neatly removed by that pinky-sized cannula 2 weeks prior...was the size of my fist. I asked him how an abortion gets it out? He simply responded, "Think about it..."

I didn't think about it. I was 17, out on my own for my Senior year of HS, living with my boyfriend, working 4 nights a week making $80/week and trying to survive. I was a mess.

Years later I thought about it...standing at a non-profit organization's information table at the mall picking up pamphlets with my now 6-year-old daughter that described what actually happens during an abortion. I was shocked. Why had I not been informed about what I almost was doing? Why had no one told me?

So, after that I chose to get involved. I volunteered for years for a crisis pregnancy center in the 90's. The clinic volunteers donated money, time, food (formula) and found homes for girls who didn't want to have an abortion but were desperate enough to have one. We organized fund-raising events and did walks and had yard sales. We invested a lot of our own time, money, and lives to help women be able to choose life...beyond the day they gave birth.

More than one of my "Republican" friends took girls into their homes and took money out of their pay checks every week...so a desperate mom could choose life...And, my husband and I purposely chose our 1st home based on the fact that it had an apartment in the basement that we could use for the same reason.

I guess you can draw your own conclusions...

But, back to this meme above...considering the definition of "birth" is, "the emergence of a baby or other young from the body of its mother"...really...abortion by definition is a form of birth.

So, to make this meme more accurate...pro-lifers may lack in the areas noted but they are pro-live-birth...and the other side would be pro-non-live-birth.