My favorite quote from "Jane Eyre"

I hear a lot of talk by Christians. I see their walks. But, rarely do you ever see a talk and a walk like Jane Eyre. 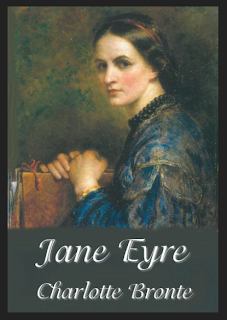 If you don't know the story...it's the story of an orphaned girl who is mistreated and abused by her aunt's family. She's shipped off to a super religious and punitive boarding school. She graduates and takes a job as a "governess" in the home of a rich guy much older than her. Despite the cultural prohibition of it, the two fall deeply and truly in love. He proposes and she agrees to marry him. The day of their wedding it's revealed that he's already married.

His wife, however, is a mad woman. Lunatic. He was compassionate and did not want to commit her to an asylum so he basically put her in a room in his home (the attic) and hired a 24/7 caretaker for her. But, she was completely insane. He did not consider her his wife anymore.

When Jane finds out this man for whom her heart beats is actually married...despite the reasonableness of his desire for her to go away with him and be his mistress, basically, this is one of the things she says to him and it struck me!

Tell me if you know anyone with this type of moral integrity? I wanna be like her!!!

"I care for myself. The more solitary, the more friendless, the more unsustained I am, the more I will respect myself. I will keep the law given by God; sanctioned by man. I will hold to the principles received by me when I was sane, and not mad -- as I am now. Laws and principles are not for the times when there is no temptation: they are for such moments as this, when body and soul rise in mutiny against their rigour; stringent are they; inviolate they shall be. If at my individual convenience I might break them, what would be their worth? They have a worth -- so I have always believed; and if I cannot believe it now, it is because I am insane -- quite insane, with my veins running fire, and my heart beating faster than I can count its throbs. Preconceived opinions, foregone determinations, are all that I have at this hour to stand by: there I plant my foot." 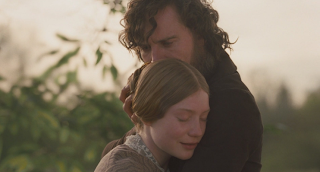 And, don't watch the movie. Read the book. The movie is like a crumb compared to a cake. Really.