Tori Story! Fruit that says your'e not a failure!

I think most parents judge themselves and base their "goodness" or "badness" as a parent on how their children perform in one area in particular: obedience. If a child is obedient I think we (and others watching) feel like "we're doing a good job."

Saturday night my 4 year old came running out of the bedroom holding the puppy. My husband was tailing her and saying things like, "Tori! You never listen to me!" He was quite frustrated with her and she was doing her best to not listen to him, it was obvious.

I caught it that she'd been manhandling the dog in a way he felt was too rough and had commanded her to put him down which is when her arms held the puppy even more tightly and she took off with him. Virgil was talking at her in his frustrated voice and just kept telling her, "You don't LISTEN to me!"

I was watching her and it wasn't just her words but all of her communication was telling him to go away. Her body was turned from him, her head was turned and her eyes were looking away from him.

Finally, she was turned the whole way away from him and she was kicking against his legs and saying, "Shut uuuuuup!" and "Go awaaaaaay!"

Dejected and feeling like a complete loser of a dad, Virgil sorta' just hung his head and walked away.

I was actually preoccupied with something else and just not feeling like bothering getting involved (loser me!) So, I was just mopping the floor thinking about how strong the Pinesol smelled...and in a few minutes Tori pushes past me and says she "needs to go tell Dad something."

I hadn't talked to her or anything, right? I'd not scolded her, lectured her, or prompted her to do anything! Now, I was interested!! :) I put the mop down and had to follow and see what she was gonna do!

So, she went and found him and walked right up to him and said, "I'm sorry I was being mean to you."

She then asked forgiveness and then told him why she wasn't listening to him. She was like, "I wanted to do this..." Explaining her case.

(I think it's also noteworthy that she saw what a lot of parents see as "disobedience" as "herself being mean.")

This is what spontaneously came out of my 4 year old who has never been spanked, punished, OR even told, "Go tell so-n-so you're sorry!!!!" Never done that kinda' stuff with her. BUT, what we have done with her is modeled those behaviors ourselves...

We parents make mistakes. And, I feel from what I'd observed that in Virgil's effort to do what he thought he needed to it wasn't so much that she "wasn't listening" it was that he was failing to make himself heard by his "telling her what to do" approach. This would be why she was rejecting him.

He said afterwards that he felt like a failure and always does because the kids "don't listen to him." But...I asked...what do we want? Do we want kids who grow up to be "obedient" adults? (The Nazis were obedient adults)

Or, do we want kids who will become grown-ups who will stand up for what they want, stand up for what's right, reject temptations and even commands to do wrong, and when they feel someone has been offended by them to immediately go and make peace with that person?

You can beat obedience into a kid. You can make a kid grow up to be an obedient adult. But, the 2nd type? You can't force that. In fact, "punishing" and "spanking" kids really makes this whole scenario impossible. Tori did this out of her own heart's desire to fix what she felt was wrong and she clearly FELT bad for how she'd treated her dad. Her focus was on the failings of her own behavior that she all on her own identified as her "being mean."

You can train a kid to go apologize...out of compulsion and perhaps after years of it can make them form a habit. But, the sincere desire Tori had in her heart that compelled her from the inside to go fix what she'd done wrong can only come from love...never fear.

So, why does a little girl that has so much love for her mom n' dad...who feels so safe in her relationship with them..."disobey?"

A dear friend of mine reminded me of Jesus' words that, "If you love Me you will obey my commands" so maybe it all comes down to the relationship at the moment? And, maybe if our children "disobey" maybe we need to focus on encouraging their love...not obedience? If Jesus says that we will obey if we love Him? What comes first is the love and the obedience follows? Not, that our children must prove they love us by obeying?

I don't know. I'm still trying to figure it all out.

BUT...what I do know for sure is that the whole thing with not spanking/hitting them...pays off for us in the end. I have had kids who I did spank/hit for disobedience, and, they never did stuff like this spontaneous apology. They were always too concerned with "covering their own butts" that they couldn't really see what they were doing in a situation like that...as tho' the huge threat of pain stood between them and the mirror that they needed to look into to see themselves. All they saw was the threat of that hiney whackin'!!! And, with that monster looming over them all they could do was attack it...with rationalizations, denials, excuses, and counter attacks...

Perfect love casts out fear.
Tori's not afraid of us.
I guess it could be said equally in reverse...fear casts out perfect love.
It's a sickening thought to think of what would change in our relationship with Tori if we were to begin to focus on punishment and spanking/hitting her for not obeying!
And...you definitely reap what you sow.

The fruit is delicious and nutritious ;) 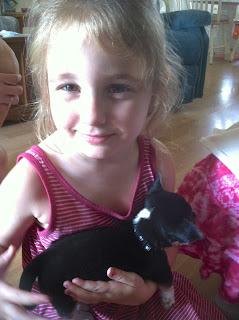 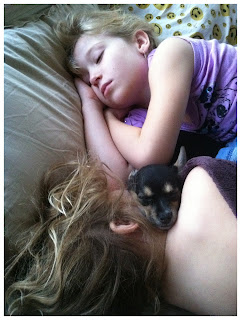 "It is the kindness of God that leads us to repentance"