Elisa Story: You're a JERK!

Last night something happened between two of my kids and I reacted to it...not well...and my reaction led to my 7 year old stomping off crying and shouting, "You're a JERK!"

Rewind a few years in my history and she'd have gotten a few swats on the hiney for that and I'd have expected her to apologize to me!

But, I don't hit my kids anymore...I have had to learn to use my words rather than relying on my superior size and strength  to "make" my kids be how I want them to be and I have to admit that sometimes that just leaves me...stuck! (which is why I guess I used to resort to hitting?)

I watched her stomp away and felt guilty because not only does not spanking change how you see your children's behavior...but how you see your own. I was able to see how it was really me that had caused the problem...that I had really been disrespectful to her...and she was right in how she'd felt about it.

But, despite my ability to now see my own behavior clearly because I've stopped being the judge and jury of my children's behavior...I still felt a compulsion inside to want to make her not act like that. That "old me" is still in there. The way I grew up and the "Christian" community I parented my kids in for 20 years is still in there jumping up and down sometimes saying, "This is the fruit of not spanking them!"

After about 5 minutes passed she came back to me all on her own and stood before me calm...sad...and said, "I'm sorry for calling you a jerk."

Because I've made that change from "spanking" to "not spanking" she felt free to express her frustration with me and safe to return to me once she'd calmed down.

(I wonder if God wants our children to feel free and safe?)

And, because I no longer look at my children's behavior as something for me to judge and punish...I didn't look at her when she returned to me as a "disobedient disrespectful child giving me the apology I deserved"...but I was able to see her as an immature child doing her best to navigate the ups and downs of a relationship she has with...an immature adult.

I looked at her humbled little face and said, "No. I'M sorry. You were right. I was being a jerk and I shouldn't have been treating you that way. I'm sorry."

(And, what does this teach her about all her relationships in the future? How likely is a child raised this way to end up in an abusive relationship if she's raised to feel right to not accept rude treatment?)

I thanked her for apologizing to me...and told her that that was a very mature and good thing for her to do when she feels like she's done something wrong. I told her that she was right to feel how she felt and to be mad at me but that she needed to find better ways of expressing it than calling someone a jerk.

(And, what would this teach her about how to react to marital spats someday?)

As I explained to her that her expression of her frustration wasn't good her eyes were open and glued on me and I could tell I had her full attention. I was not competing with any fears of being spanked as I had to compete for my children's attention in the past. She wasn't arguing or trying to justify or make excuses for what she'd done. She simply received what I said and accepted it. When I finished she nodded that she understood and she said next time she felt like that she would try to find a better way to tell me.

Had I spanked her for calling me a jerk that would have been me punishing her. But, I disciplined her instead.

Then...without tears, without fear, without pain on her bottom...and without me having that icky feeling you get after you hit your kids...feeling valued and encouraged and armed with new understanding about relationships...she hugged me and told me she loved me.

Isn't the fruit of not-spanking delicious?! :) 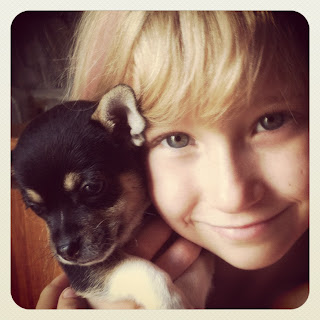