Tori Story: More fruit of not spanking/hitting my kids

I recently found my old diaries from when I was a kid…like I think a daily diary from the time I was 7 till I was over 18…(like I said...I've been blogging since I could write!!)

I was flipping thru 1980...the one when I was 11…and there were some pages where I was really sad. OK, most of the pages I am really sad. I was taking a picture of one page that was all dark and had lots of sad faces on it and Tori sees it and asks, "Were you sad on that page?"

I replied simply that I was almost always sad when I was a kid because no one liked me. (this statement has been nominated for "Understatement of the Year.")

She looked sad about that. "Nobody liked you?"

I told her that no…nobody liked me when I was a kid.

Her eyes were looking sad and kinda' red, but, I wasn't sure if it was what I was telling her or because it was...well...midnight!!! ;)

I took her bowl of soup that I'd been preparing for her over and sat it down at the table and sat her with it.

About 30 seconds passes and she says, "Didn't you have a mom and dad?"

Her brothers and I reply that yes, I did.

I told that my mom and dad didn't like me, either.

Another 30 seconds passes...She gets up and comes over to me looks up and says, "Did you have us when you were little?"

Now, I can tell that her eyes aren't looking all red just because she's up late. She's truly troubled by what I've told her. I wonder if I should have told her this or not? She looked almost like she was going to cry.

I asked her, "Don't you like that nobody liked me?"

In her little mind…she thought that if I had a mom and dad then they would have liked me.

In her little mind...she can't fathom a world where mom and dad don't like their children.

In her little mind...she thought that if she had been there when I was little she would have liked me.

In her little mind...when she looked at me and thought about me being little and nobody liking me…she at 4 years of age could feel my pain to the point it hurt her and she just reached out and gently held me. 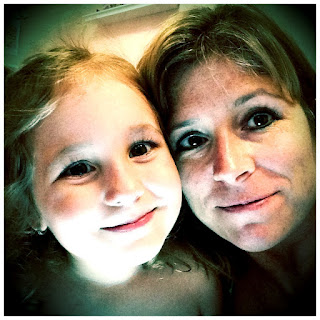 (In case you wonder...I can type stuff like this and post it in public because even if my mom would happen to ever know that I had a blog...she wouldn't ask the address...wouldn't go to it...wouldn't read it...and even if she did...she would just scoff at it and never look at the site again.)
at 7:34 AM