All the fuss about Chick-fil-A has me thinking a lot this week about Christians...

A popular urban legend for Christians to say, "Oooh wow!!" over is that story of the people meeting somewhere in a barn for church…and some soldiers come in and threaten to kill anyone who stands up for Jesus and allows people who wanna leave to leave. Some leave and the soldiers shoot into the air so those who left will think all inside have perished...and then announce to this amazing congregation that they are Christians, too, and needed to be sure they were with SINCERE believers before they joined them.

Great story…and most people who post/retell/share this story would of course, picture themselves as one of those amazing faithful who would take a bullet for Jesus.

I don't have statistics on this, obviously, but I would be willing to wager most of my life's savings that MOST of the people who think they would take a bullet for Jesus…won't even drive the speed limit. (Romans 13:1)

So, they think they'll take a bullet for Jesus…but they won't control their own eating or spending or their mouth.

This is what the dictionary defines as hypocrisy.

Yep. And, the world sees it.

This last week it's been all about Chick-fil-A. The "left" crying, "hate!" and the right almost cheering, "Yay! We're being persecuted for Christ!" But…what's really going on?

My opinion is that the left is smelling a rat. Smelling a hypocrite. The log in the church's high-divorce-rate eye is so huge they can't see past it but they manage to find time to fuss at the gay splinter-in-the-gay-marriage-eye.

There is a t-shirt I saw once:
"Preach the gospel always…and when necessary…use words."

I have since then often thought that it would be a blessing to God if the church were struck mute. It's not the barn and bullet situation that's a true test in 2012 of who Christ's TRUE followers are…it would be who would still be identifiable as a Christian if they were not able to speak and preach (or in these days type!) Who would LIVE in such a way that people would see them "shining a light before men?" 'Cause guess what? The BIBLE says that if we shine our light…then people will what?

"Let your light shine before men in such a way that they may see your good works and glorify your Father who is in heaven." Matthew 5:16

God says that if we live a certain way…our works will SHINE…and the world will glorify God.

God doesn't say, "use words to say you stand up for what's written in the Bible and you can rejoice when you really make the world mad at you."

Who hated Him while He was on the earth living a life that attracted sinners to Him? And, who hated Him FOR hanging with sinners?

The Son of Man came eating and drinking, and they say, ‘Behold, a gluttonous man and a drunkard, a friend of tax collectors and sinners!’ Yet wisdom is vindicated by her deeds.” Matthew 11:18-20

"For you have been called for this purpose, since Christ also suffered for you, leaving you an example for you to follow in His steps." 1 Peter 2:21

His harshest words, in fact, were aimed at...who?

"But when He saw many of the Pharisees and Sadducees coming for baptism, He said to them, "you brood of vipers, who warned you to flee from the wrath to come?" Matthew 3:6-8

"You brood of vipers, how can you, being evil, speak what is good? For the mouth speaks out of that which fills the heart." Matthew 12:33-35

That is the example Jesus left us as our example as to how to live.

So…to follow Jesus' example…which is what makes a person actually a Chrisitan…that would mean we'd need to live a life that draws in and welcomes those we look at as "sinners". Does that characterize your life?

To follow Jesus' example that would mean we'd share meals and hang out with and be friends with people…on the "left"! To follow Jesus' example it means we'd hang out with…"the liberals"!!! Following Jesus' example means those people would feel safe and welcomed by us. It means they'd like spending time with us. It means we'd respect them and they'd respect us! And...it means…that the church…would see us hanging with these people and question our Christianity (Matthew 11:18-20). Following Jesus' example means that the people on earth who would persecute us would not be the liberals, the gays, the pro-choicers, the leftists...but would be the "2012 Pharisees"…

So…who do you attract?
Who approves of you?
Who do you spend the majority of your time with?
Do you post mocking statuses about "liberals" and "lefties"?
Does everyone in the church just think you're awesome and totally approve of everything and every way you're living?

Could it be that the "left" starts name calling and accusing the "right" when something like this Chick-fil-A thing happens not because we're "being persecuted" but...maybe because...

"...for in the way you judge...you will be judged; and by your standard of measure, it will be measured to you."

And, maybe it would do the church well to take heed of the rest of that admonition by Jesus and...

Maybe if the church did that...and followed Jesus' example...we'd actually start to shine!?

Something worth thinking about... 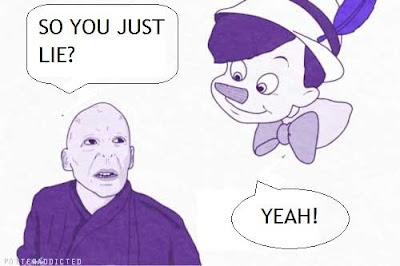