How to "teach your child a lesson!" when they've been bad

We went to see, "The Lion King" in 3D on Friday. It's a really cool movie. (But, it wasn't made to be in 3D so that part wasn't that much of a thrill…so…really…you can skip the theater)
In the movie, if you've never seen it, King Mufasa has a son, Simba. They're both lions if you hadn't guessed. Simba is an energetic and curious little guy with an uncle who hates him. His uncle, Scar, hates him because until Simba came along, if something had happened to Mufasa then Scar was next in line to become king. Now, Simba was. So, Scar is plotting to get rid of Simba…and the king if he can.

One morning Mufasa takes Simba up onto a ridge and shows him all that will someday be his. He tells him that everything the light touches is their kingdom. Simba looks off in the distance and asks, "What about that dark shadowy place?" Mufasa explains that that is beyond their borders and that he is never to go there.

So, later that same day Simba bounces over to see his uncle. He tells the truth to Simba about what that "shadowy place is" in a tricksey way to get Simba to go there. He manages to lure Simba out away from the protection of the kingdom of his father into a dark area where Scar can get his minions (hyenas) to kill him.

Fortunately, disaster is averted and Mufasa is alerted before the hyenas can kill Simba. Now, the king is angry. He'd specifically told Simba not to go there and he did. And, he took his play buddy, Nala, with him. As the two cubs walk behind the angry back home they both walk with heads bent low. Mufasa sends Nala home and says that he's "going to teach his son a lesson."

So, Mufasa teaches his son a lesson for his disobedience. He sits with him and shares with him how angry he is BECAUSE of how afraid he was that he was going to lose Simba. He shares his heart with Simba and in the end…Simba "gets it". Simba understands why what he did was so wrong. And, then…Mufasa touches Simba in a loving, playful way and they romp around a little and laugh together.

What "lesson" did Mufasa want to teach his son? He wanted to teach him to "never do that again!" Right?

What did he actually teach his son?

He taught him that…

It's just a cartoon and obviously Simba feels nothing. :P But, you know, right there it is on the screen so easy for us to see "the truth" about what it should mean to "teach our son a lesson".

Sadly, what happens when a real-life human parent gets into the same situation with their child, what they teach their child is something very different. Normally, we all know what it means for a child who has done something very naughty and their parent takes them off privately to "teach them a lesson". It means they're gonna get their butt beat. Sometimes in Jesus' name, right?

And, just picturing seeing the noble Mufasa whompin' his tiny ignorant son's butt makes me lose respect for Mufasa. That scene in the movie would have definitely stripped Mufasa of his nobility.

It's so easy to see it. It really is.

But, that is not what real-life human kids learn in the US, is it?

The "lessons" that human parents teach their kids is only that "when you do wrong you're gonna get hurt by me." And, that lesson makes it all but impossible to get the children to focus on what they've done and who they may have hurt. How can they? When all they can think of is how much they're about to get hurt, how can they focus on anything else?

A person who commits a "hit and run" with their car…do you think their parents "taught them a lesson" when they messed up the way Mufasa taught or the way traditional human parents do? I have never read studies, but, I bet there would not be a single person who commits a hit-and-run who had a dad like Mufasa. I'd bet that they all had parents who "taught them a lesson" according to the badness level of their deeds, and hitting someone with your car would be one extremely bad deed which would trigger in the driver the highest level of fear and self-preservation. Forget the guy who I just hit and if he needs and ambulance…gotta save yourself from getting caught for this one!

On every level of error and bad behavior, to whatever degree of "badness", your child knows the process. When they err…is their understanding, enlightenment, healing, acceptance and restoration? Or is their condemnation, judgment, rejection and pain?

Simba could have sung Psalm 23…
"Even tho' I walk thru the dark shadowy place where the hyenas wanna eat me, I won't be afraid, because your rod and staff they comfort me…"

Mufasa's rod was just like the ancient shepherd's rod: a weapon to be used against predators.
Mufasa's staff was just like God's: he taught and guided Simba away from that danger in a way Simba would understand and not fear.

And, Mufasa taught Simba that...
"When we confess our sins He is faithful and just to forgive us our sins and to cleanse us of all unrighteousness…" (James)

How about your kids? What do you teach them when you "teach them a lesson?" Not what do you think you're teaching them…put yourselves in their place and imagine being them…facing you…and what have they really learned to expect when they are naughty?

It's never too late to change your own naughty ways and start doing things differently... 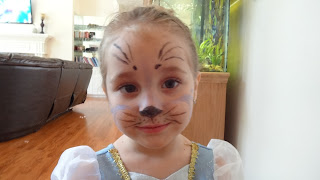