We went to see a movie recently and in the movie some kids were on sort of a life-of-death scavenger hunt. One of the items they needed was in a vault protected by a huge, hideously ugly dragon. The dragon's keepers had some weird "shakers" with them and shook them as they approached the dragon who immediately went from fierce to trembling, cowering in fear. The keepers said that the dragon'd been trained to expect pain at the sound. So, tho' this dragon was well able to defeat any tiny human coming along, simply having its memories of being hurt stimulated completely debilitated it.

I believe most parents have ultimately trained up their children in the same way.

I had an experience the other night with my 3-yr old that really proved the point that spanking is bad parenting.

Tori is the only child of my 8 who has never been struck by me. I have never spanked her. We stopped spanking in this house when the 7th child was around 18 mos. old. And, so seeing her reactions to things is very "telling". It makes me so sad that it took so long for us to stop spanking. She is the only child of the 8 who reacts to things the way she does, and it is not just because of her temperament and personality.

What happened was for "whatever reason" that is likely in all honesty "just because" Tori decided while she was playing to cut loose and pee (about a half a gallon!) on one of our brand new very expensive dining room chairs. They have built-in cushions and I dunno how you all feel about pee in your furniture, but, I really dislike it. ;) So, my instant reaction was actually a lot of anger. I spoke to her very angrily, gruffly and harshly with the deep "angry mom" tone and a big-time angry face. I grabbed her arm and moved her aside in a rough manner and basically...I failed with my reaction. If "love does not take into account a wrong suffered" I totally forgot about love when I reacted to her because I was taking this into account. This stupid chair suddenly became more important to me than Tori.

But, this isn't about me and how not right I do stuff yet...it's about Tori and how right I believe someday she will do stuff. Because, her reaction was not like any of the other children's reactions have ever been.

When I realized what she'd done and began erupting in anger, she did not...
...get that "deer in headlights" look on her face.
She did not begin to plead with me, "It was an accident!"
She made no excuses.
She had no fear in her eyes.
But, the look on her face was one of intense grief. Her little heart was totally broken because I was mad at her.

While I took the chair off to see about cleaning it, she ran and curled up on my bed and began weeping. When my husband talked to her and asked her what was wrong she said, "Mommy's mad at me. I peed on her chair."

James says, "if we confess our sins He is faithful and just to forgive us our sins and cleanse us from all unrighteousness."

If we confess...if we can admit what we've done...God will fix us.

I'm sad that I robbed my other 7 children of this freedom. But, I am excited for Tori that as she goes thru life that in all her relationships, including her relationship with God, that when she does wrong she'll be able to clearly see what she's done, she'll be able to feel first and foremost the pain that flows naturally from within when we realize we've done wrong, and she'll be able to freely (without fear) confess her sins (go to the one she's offended and apologize without making excuses)...and God will then be free to forgive her and cleanse her. 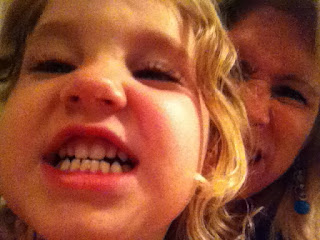 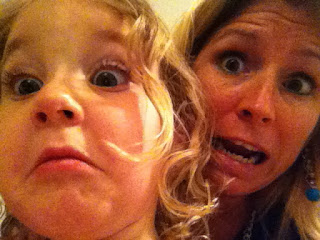 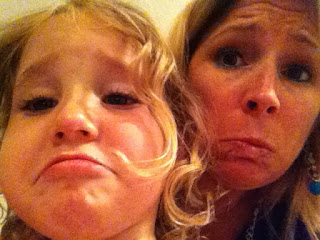 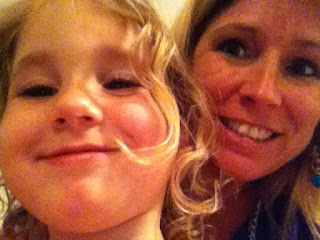