You know…I was thinking about this again…and the feeling you feel after, for married ladies, you have sex with your husband…you can ONLY have with your legally married husband.

THAT nagging feeling is GOD.

So, if you were to pursue the slogan, "If it feels good do it" with regard to sex…you would only choose to have sex with your husband because he's the only place for that act to ACTUALLY feel good.

And, see…we all know that when we sin or even consider/plan sin it makes us FEEEL icky. Right? That's God.

I was thinking that this is universal and it's built into our biology. Like, if you take anyone from any culture or background and hook them up to a lie detector they all make it react. I anyone from any culture on the planet becomes enraged…their blood pressure is gonna rise. This is something beyond our biology…like I believe the universality of how "sin" affects the human body is EVIDENCE that proves God made us. Animals don't have this. And, there is no "morality center" in the brain…Our whole bodies react in some way to sin no matter how we're raised…why? 'Cause God made us upright. God made us this way and one of His main communications systems with us is thru those "wrong" feelings.

SO it totally makes sense that here we humans are unable to properly define both love…which God IS…and unable to define PLEASURE. Because if we think that pleasure includes those yucky feelings…then that's like pushing the mute button on God. Satan wins.

So, enter the Calvinists who teach us that our bodies are "sinful" and "only want to have pleasure and disrespect God"…then…you'll have people totally disregarding their bodies every signal. People who place no value in feelings. For the good and for the bad. You'll have ladies ignoring their God-given urge to pick up their crying baby so they don't "give in to their flesh" because their flesh is bad…and you'll have people like me as a teenager seeking love and over and over going out and trying to get it from any Tom, DICK, or Harry…that would do me…EVEN THO I felt worse in this huge spiral of worsens…like…It was a horrible catch-22 of seeking men to get love…having sex…feeling even WORSE about me…so I'd seek men…have sex…and feel WORSE STILL!!!

Or, on the less extreme side of that scale... you'll have people speeding, texting while driving, not obeying traffic laws EVEN THOUGH they do feel kinda' icky about doing it…and how many people die because of those things every year? SIMPLY responding to our FLESH when it says, "Oh, I dunno about that…" when you speed…when your phone goes off and you wanna read the message…would SAVE LIVES!

But, thanks to Calvinism (and particularly the doctrine of Original Sin) in our culture, our culture is NOT tuned into the human body in a way that respects its signals...

Our bodies are amazingly fearfully and wonderfully made machines that are a communication system between us and God. The peace we feel when we're not in sin, when we're right with Him, is not a magic feeling He zaps us with when He's pleased with us. It is built into our bodies. If we would just LISTEN to our bodies…and NOT do things that DON'T FEEL RIGHT…consistently…we'd be on the path to making good choices all the time.

If when our kids disobey or are naughty if we asked them, "How do you feel right now" and focused their attention on how yucky they feel inside…and how making a better choice next time will result in them not feeling that way…what an awesome way to equip them to go out in the world without us…to be able to "detect" bad choices?

But we don't do anything to help our kids understand their feelings...If a child screams, "I hate you!" often parents will punish that child and tell them that was bad when they were only in their childish way expressing, "I'M SO ANGRY!" We don't help them with those feelings and tell them the anger is OK but let's figure out a better way to handle it...or fix what's making them angry. And, we tell our kids when the fall and cry, "Oh! It doesn't hurt!" When our babies feel hungry we don't feed them 'cause it's "not time". When our babies cry and feel scared we don't pick them up. When our kids say, "I don't like this food!" we make them eat it anyway. We don't pay much interest in anything our kids feel. Everything about our culture in raising kids works toward dysregulating that communication system...turning off the alerts!

AND…when evil people are planning evil…they put out "vibes"…electrical signals with their hearts and minds…an ekg would be able to read it…a CAT scan would see it…and our bodies CAN pick up on it. What if we were more attuned to that? What if our radars actually WORKED? How safe would that make us from scammers…child predators…rapists…etc…

It makes total sense that the church believes our bodies are SINFUL and we need to IGNORE them…because satan knows it's God's communication system to us…it's our protection system…and ya strip us of it and you have a condition called, "Naivety"…(which is active in all of us apparently to some degree if you judge that by the things people click on on Facebook). It leads girls to ignore their icky feelings and get into a car with a serial killer…it leads people to write checks out to scammers…and it just leads people to do all sorts of stupid stuff…

Every Bible commentator we know of has believed some form of "our bodies are sinful" and this would have effected their view of this verse's meaning. But, if you believe your body deserves your attention and that God has it programmed to know the difference between sin and not sin...look at what this says...

Isaiah 58…
Is not this the fast that I have chosen? to loose the bands of wickedness, to undo the heavy burdens, and to let the oppressed go free, and that you break every yoke?

Is it not to deal your bread to the hungry, and that you bring the poor that are cast out of their house? when you see the naked, that you cover him; and that you hide not yourself from your own flesh?

Then will your light break forth as the morning, and you health will spring forth speedily: and your righteousness will go before you; the glory of the LORD shall be thy reward. 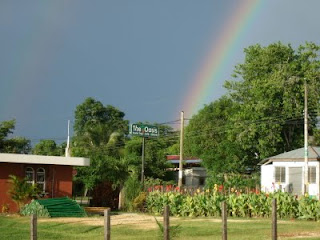